How I got to the top of Africa

I’ve always been fascinated by the heights of Mount Kilimanjaro, with its peak being the highest point in Africa. From a young age, I dreamt of ascending to the top, and a few months ago, I decided to achieve this dream alongside a friend.

To get ready for the monumental climb, I had to get myself into top physical condition; a task which I wholeheartedly embraced and achieved through a grueling physical regimen and a healthier dietary program. 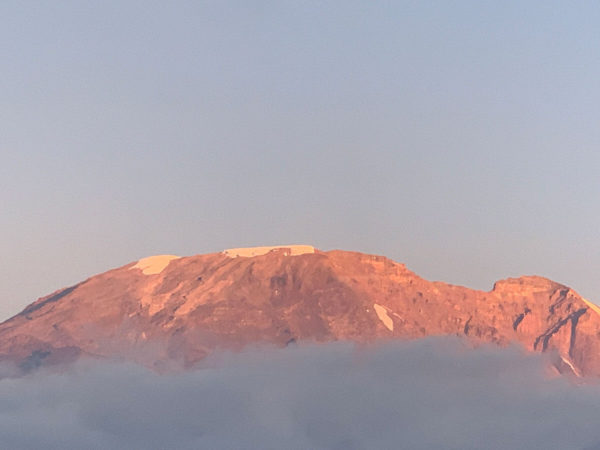 I remember stepping off the plane at the Kilimanjaro International Airport in Moshi, Tanzania at night feeling a bit dismayed. This was because I couldn’t get to see the mountain as we approached from the sky due to the darkness that enveloped the area. As the early morning haze finally cleared towards midday, I gazed in awe at the magnificence of Mt. Kilimanjaro. At that moment, I felt a greater overwhelming sense of purpose; a drive – challenge the norm and go beyond. Then again, maybe it was just butterflies!!

My climb started two days after landing in Moshi and lasted for eight days. My team spent six and a half days climbing to the peak of the mountain and a day and a half descending the mountain. I would say, climbing the mountain is one of the most difficult things I have done to this day. It was tasking emotionally, physically, and mentally. The altitude and freezing conditions, temperatures dropped below 0° Celsius, made breathing quite labored. 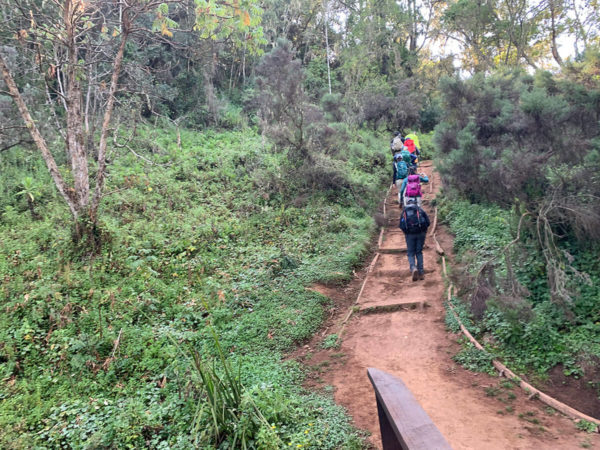 During my ascent to the peak of the mountain, there were moments when I was physically drained and only able to continue because I couldn’t fathom failing with my lifelong aspiration within reach.
My mind kept telling me to push on and never give up.

When I finally got to the peak, I felt a wave of fulfillment, euphoria, and accomplishment in spite of my physical exhaustion. I almost broke into a run in excitement as I approached the signage at Uhuru Peak–the highest point. The descent, although shorter, was equally arduous. 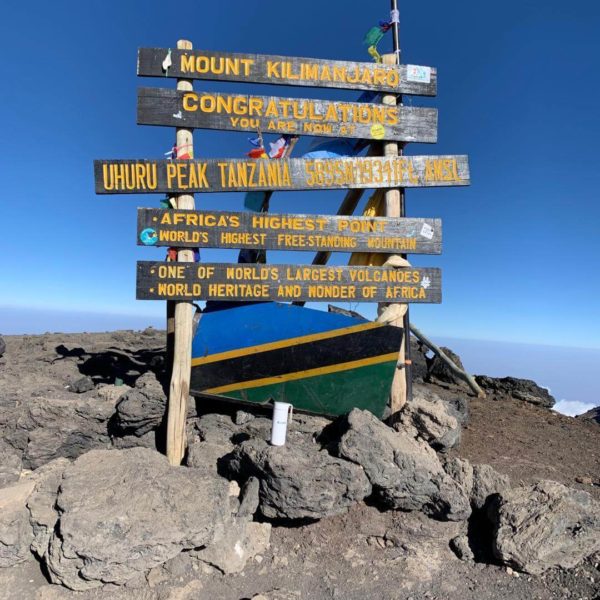 As we reached the base of the mountain, I heard cheers from members of the local community, who had gathered to congratulate us on our remarkable feat of getting to the top of Africa. My biggest takeaway from my climb? It’s a blessing to achieve a long-held dream, but you must always be willing to sacrifice and put in the work required. 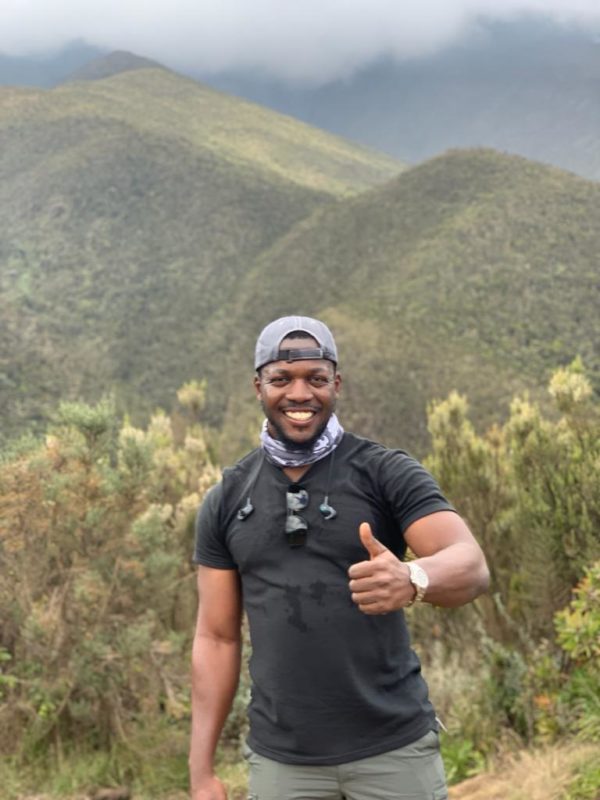